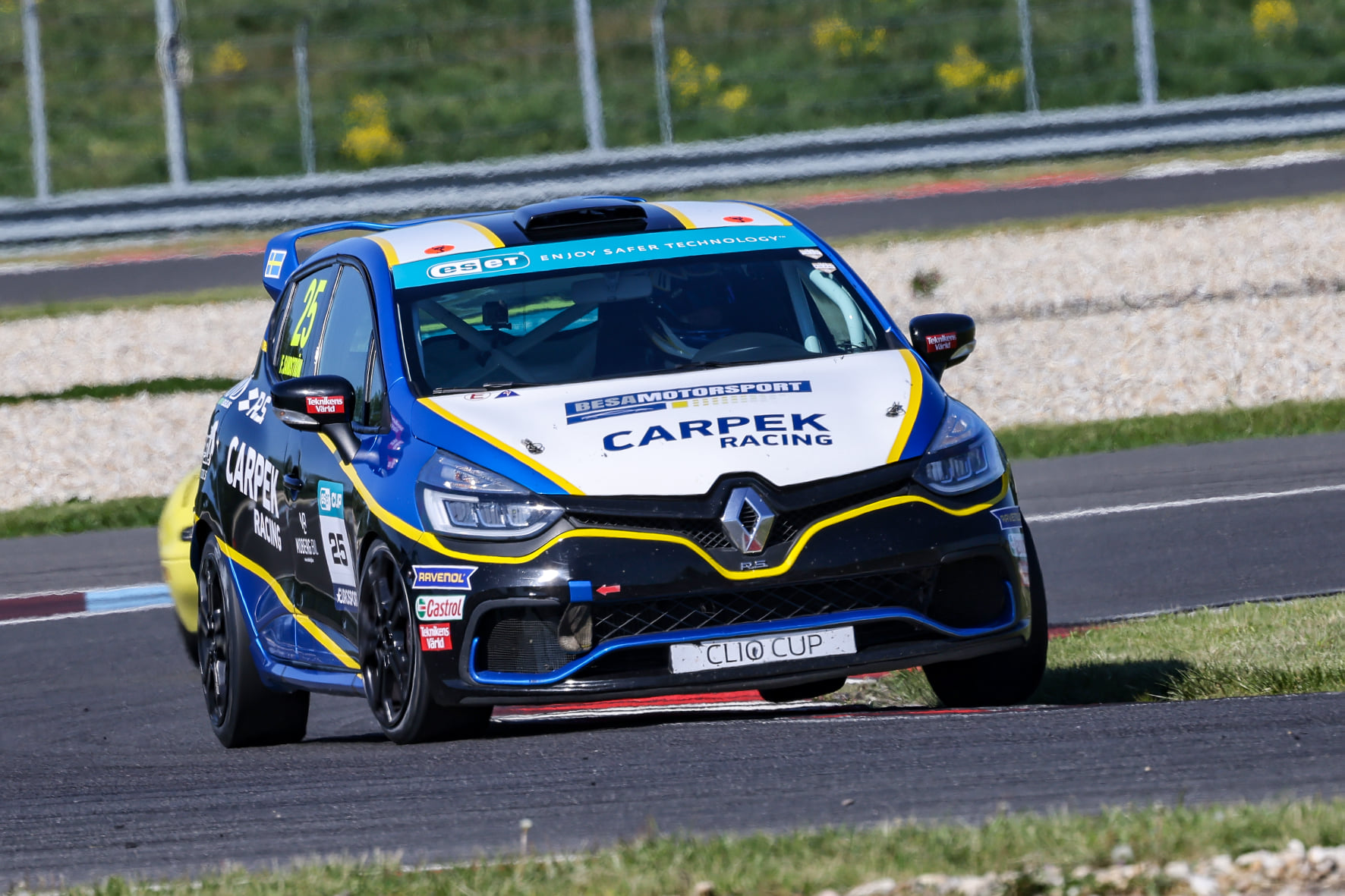 The best seven drivers from Race 1 started to Race 2 in reversed order. It meant that Zoran Poglajen took pole position ahead of second Predrag Šainović and third Sandi Jeram. The championship leader and Race 1 winner Filip Sandström, who had a chance to secure the title in Race 2, started from seventh place.

After the start, Poglajen kept the lead. But few corners latter, Levente Losonczy passed him and became a new leader. But it didn’t last for a long time. When drivers entered Race 2, Erik Bertilsson, who started sixth, moved ahead of Losonczy.

In next laps, Bertilsson stayed on the first place. But second Levente Losonczy and Filip Sandström, who moved to third place, were not far from Bertilsson. But third place wasn’t enough for Sandström. He early passed Losonczy and also overtook Bertilsson few laps later. After that, he didn’t lose lead and achieved his seventh victory in the season. But another victory wasn’t only reason to be happy for Sandström. He secured the championship title by this result and He is new Clio Cup Bohemia champion.