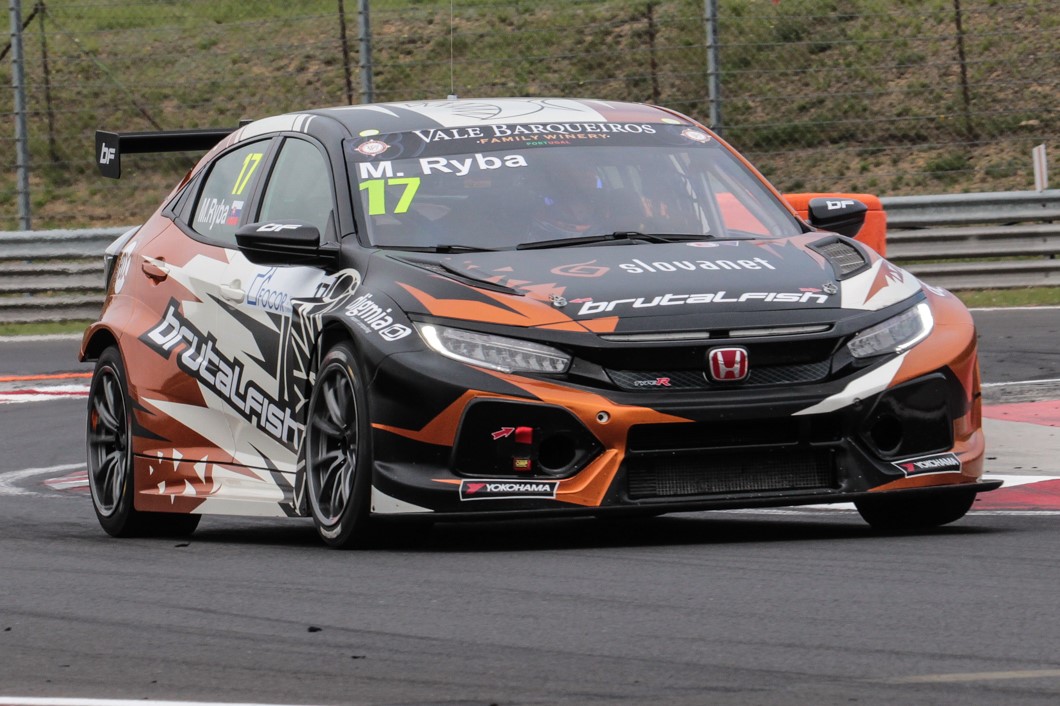 The first qualifying of the ESET TCR 2019 season at Hungaroring is over. Nine drivers will race in the opening round with a Slovak driver Martin Ryba taking a pole position in his new gen Honda Civic.

Hungaroring hosts a full TCR weekend and the ESET TCR series is there as a part of TCR Europe championship, which means a total amount of 37 cars on the track. Because of that drivers also have to face some unusual troubles, like red flags that stopped the 2nd practice session and qualifying several times.

The late Saturday afternoon offered a battle for pole position for the Race 1 on Sunday. It was Martin Ryba with a new gen Honda Civic who set the fastest lap time 1:54.970, which was almost three-tenths quicker than the 2nd Milovan Vesnič in Cupra TCR. A Polish driver Jakub Wyzsomirsky won a small battle for the 3rd place with Jáchym Galáš. The junior driver is still getting used to the new Volkswagen Golf GTi TCR. Only four-tenths of the second decided their fate. Then it was Petr Čížek of Fullinrace Academy and Carol Wittke, both in Cupra TCR. And then Rudi Pesovič in Audi RS3 LMS and Maciej Laskiewicz in Volkswagen Golf.

The first race on Sunday starts at 11:25 local time. The second race then follows at 14:30. You can watch the race live here:

Martin Ryba (Brutal Fish Racing Team/Honda Civic Type R) 1st place: „I‘m glad that I’ve finished 1st. It’s important that we’re in front because the whole grid is so huge here. There are 37 cars in total and the more you are in front, the better are your odds to avoid accidents.”

Milovan Vesnič (ASK Vesnič/Cupra TCR), 2nd place: „This P2 is a good result for me, considering we‘ve had problems with our car all day. We had issues with a differential, so we had to replace everything. Also, we don‘t have the best car setup for the new tyres. But the biggest problem remains this big starting grid, which I do not think is fair.“

Jakub Wyszomirsky (ASK Vesnič/Honda Civic Type R), 3rd place: „I‘m really happy about my result because we didn‘t race in winter at all. It‘s been a while since I sat in a car for the last time and my lap times are getting better and better. I can‘t wait for tomorrow.“