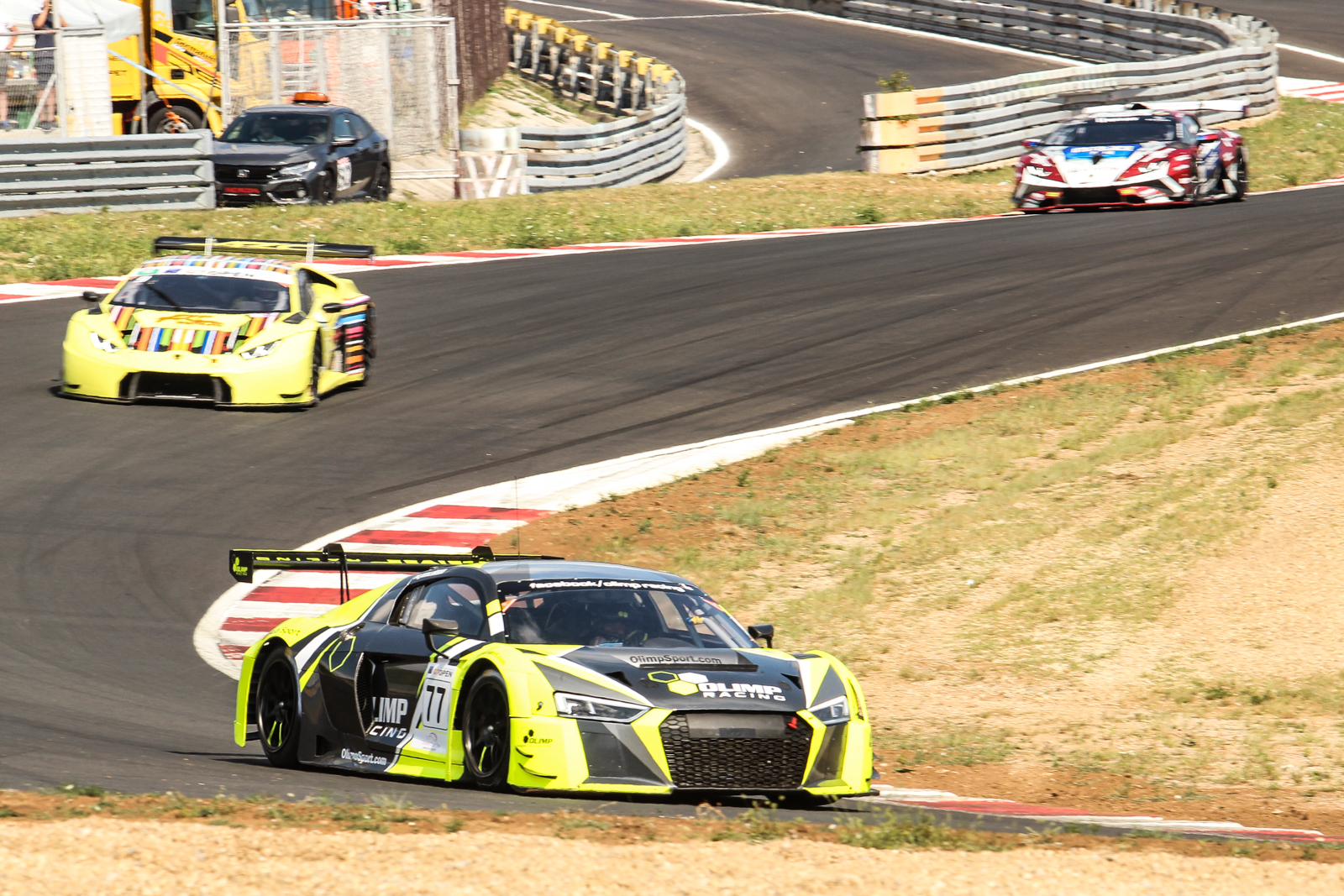 Marcin Jedlinski: We have achieved our goal

You had really succesfull season in ESET and you dominated Sprint and Endurace races. How satisfied are you with this season?
We are very happy with the result of the season, specially it was a first season in the new car for me. It was our first season with fully maintained GT3 cars by ourselves and now it might look easy after all but was a demanding task to the team. Thanks to conscientious work of all team members I was able to perform stable results achiving our goals.

Is there a win, which you appreciate above all your wins in 2018?
Well I suppose my last sprint race of the season, it was a first sprint race at Brno, was 4th very precious despite I haven’t win it. At the first corner I was involved with some incidend and my car was very hard damaged, but still drivable. We decided to go for the red flag line and than were allowed to continue the race. At the beggining we expected I could complete just few laps but finally with ruined tyres, geometry and aero I was able to make the best times of the race and finisz from last position at 4th place in class

Which race are you going to remember for a long time?
For sure Grobnik. This was our first time there, we haven’t any idea how it was before comming there. Honestly I hoped not to go there but I’m happy finally we went in Croatia. It is very demanding and technical race circuit. Having only few private test sessions on thursday I had to learn it and increase the performance very quickly. Fortunately I did it and finally was able to set a circuit laptime record for GT3 cars winning there as well.

Last year, you raced with Porsche, this year with Audi. Did Audi suit you better?
Both are very competitive GT3 cars. Porsche is maybe a little more involving the driver but it is a strong racer. The problem of the 2017 season was a beggining of my expirience with GT3 cars. Additionally I was also drivung Cup car, so sometimes it was disturbing and not allows me to Focus still mixing a different way of driving with both models. In 2018 as a team we were involved only with Audi R8 GT3 and did a great progress

Which circuit in this year calendar of ESET was your favorite?
I like the races at Hungaroring. It is a first race of the season, I know the circuit and it always seems to me a new beggining. Than it is the first moment when you could see if the job you’ve done during the winter brake make a sense. This year we came there with the new car and very ambitious plans. There was some problems in first qualifications but than I started my wins series in Endurance races and we knew the direction iS good.

What are your plans for the rest of this year and what are your plans for next year?
The last event of the season is Barcelona GT Open 20-21/10. This series is our main plan for 2019 season. But we’ll be back for some races of ESET as our domestic championships! I would like to thank to all of our competitors for a nice sporting fight, to my trainer – Mateusz Lisowski who is responsible for all the progress I’ve done, to the team engineers Jean and Bertrand, to all of the team mechanics and our team manager who were able to make this car running!