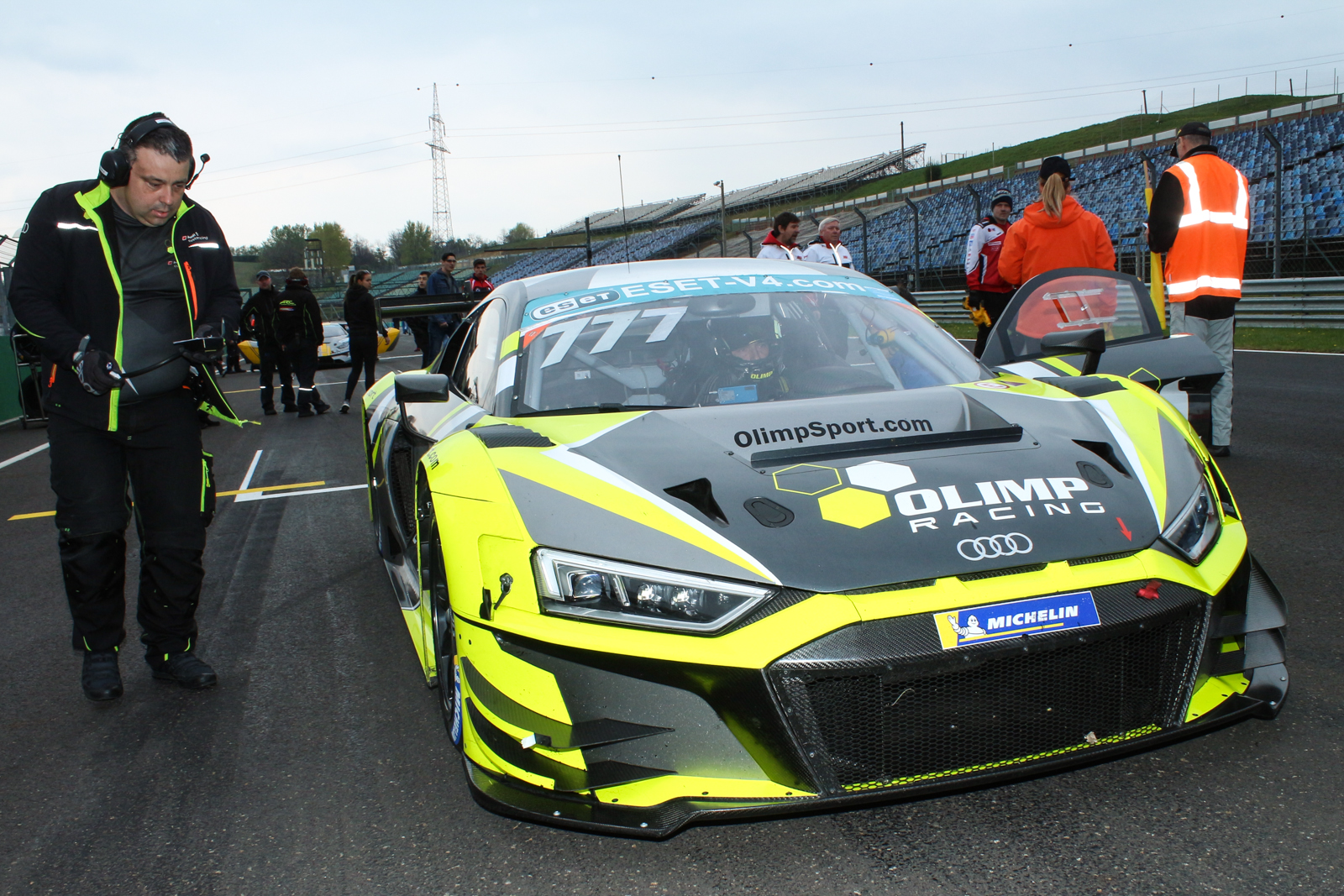 In the first GT race of the season, the current GT3 champion did not have any competition. Marcin Jedlinksi led from start to finish in the 25-minute long race and deservedly leaves today with a winning trophy. In the GTC category, it was Samuel Sládečka who took the glory.

Jedlinski’s black and green Audi R8 LMS GT3 had a brilliant start from pole position and the Polish driver managed to stay in the lead after the first corner. The best start of the race award would go to Samuel Sládečka who moved from 4th to 2nd place right behind Jedlinski. On the other hand, Richard Chlad jr. and Miro Konopka were to ones who dropped from 2nd and 3rd places to the back.

After the first lap, Jedlinski led ahead of Sládečka, Formánek, Chlad jr. and Konopka. While Jedlinski and Sládečka were pulling away, Formánek, Chlad and Konopka had a short but an intensive battle. Chlad made a move on Formánek who was in Lamborghini and shortly after moved to the 3rd place. Konopka soon followed with the same move.

Meanwhile, Jedlinski was managing his lead and stayed clear ahead of his competitors. However, soon a big battle for the podium started with Chlad jr. catching up with Sládeček. A silver Lamborghini and a black Audi fought for a while, but in the end, Chlad jr. took the 2nd place. Konopka then once again followed and put his yellow Lamborghini into 3rd ahead of Sládečka, who dropped to 4th.

Olimp Racing’s Marcin Jedlinski and his Audi R8 LMS took the first win of the season in the GT3 category.

„I‘m really happy about this win. We’ve managed to use all the experience from our winter preparation. I’m glad that we didn’t have any technical problems,” said the delighted winner.

Richard Chlad jr. with the older Audi R8 LMS finished 2nd ahead of Miro Konopka in his Lamborghini GT3 Evo. Libor Milota, who raced with Mercedes-AMG car for the first time, took the 4th place in the GT3 class.

In the GTC category, it was all about Lamborghini Huracan cup cars. Samuel Sládečka did all he could to keep up with faster GT3 cars while dominating his own category. He was joined by Bronislav Formánek and Robert Zwinger on the podium.

In the GT4 category, Greger Zsigo from Trevor Racing took the winning trophy after a great race with his BMW M4 car.