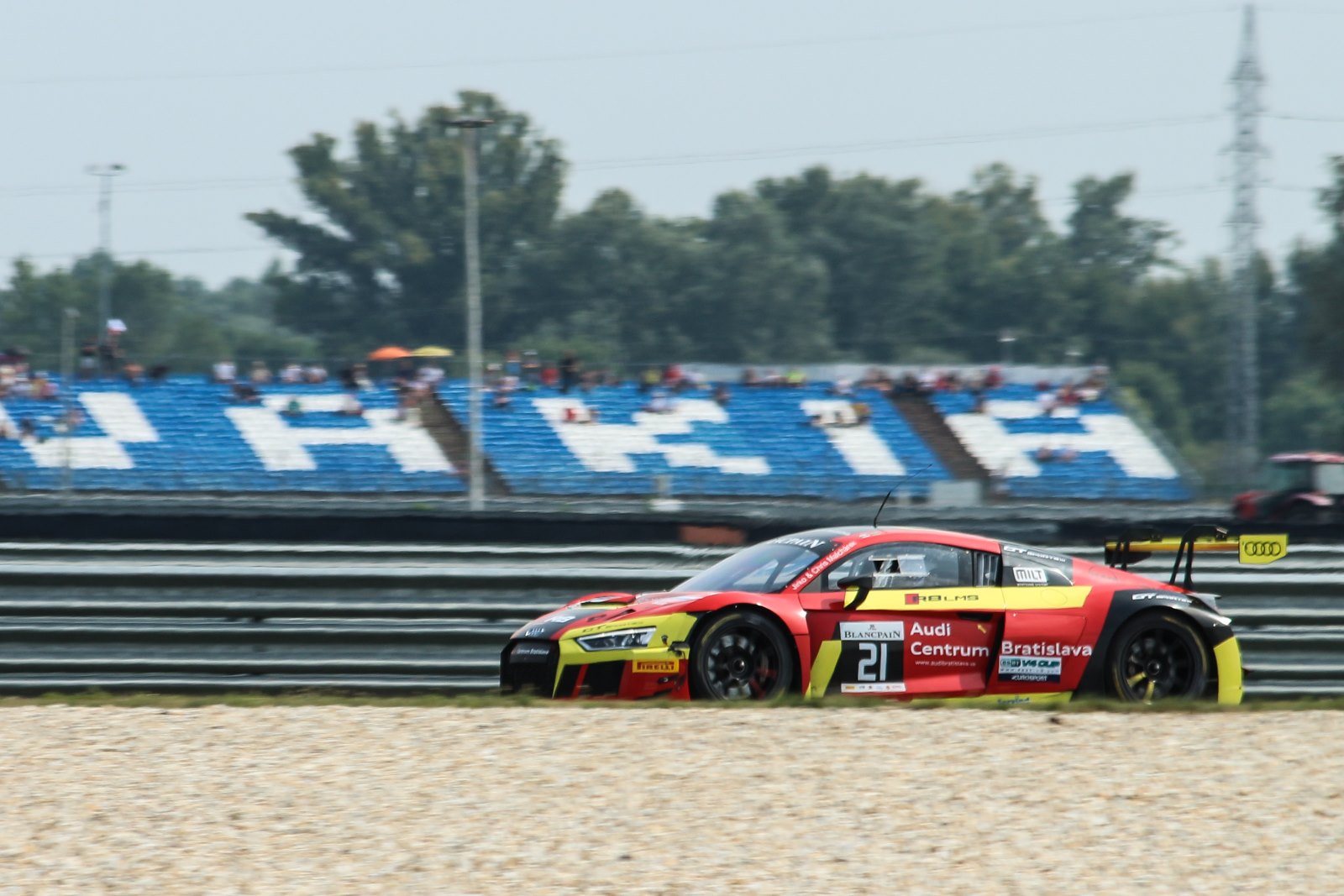 Christian Malchárek took a home victory in the GT Sprint race at Slovakia Ring with Richard Chlad jr. finishing in 2nd ahead of Štefan Rosina. In GTC category it was Bronislav Formánek who crossed the finish line in the 1st place, while Jozsef Merk won in TC-3500 category.

While the opening race of the weekend with TCR cars did not bring much happiness to Slovak fans, it was a different atmosphere following the GT and TC Sprint race as a Slovak driver Christian Malchárek won in front of his home crowd.

But it all looked a bit differently at the beginning, as Samuel Sládečka, also a Slovak driver, originally took the lead in the opening lap after a great start. He moved from 4th to the 1st place, overtaking even a pole sitter Marcin Jedlinski. But it did not stay long that way as Jedlinski and Sládečka were involved in a first lap accident together with Miroslav Konopka from ARC Bratislava team. While Jedlinski’s race was over, the biggest favourite for the GTC category win managed to return to the track. But later he was forced to retire anyway.

The eventful first lap, that even brought out the Safety Car, helped Malchárek. The Slovak driver moved into the lead and then went on to win in front of his home crowd.

„I‘m very happy with the race and delighted that I’ve won. But I know that those accidents had helped me a lot. It’s always a great feeling to win in front of a home crowd,” said Malchárek after the race.

Richard Chlad jr. managed to finish the race in 2nd place, but the K&K Racing Team driver faced huge pressure from another home boy – Štefan Rosina, who finished 3rd ahead of Libora Milota. In the GTC category, Bronislav Formánek won the race ahead of Bartosz Opiola. Jozsef Merk then took the glory in the TC-3500 category, with Nemanja Milovanovič in 2nd and Gábor Kismarty-Lechner in 3rd.