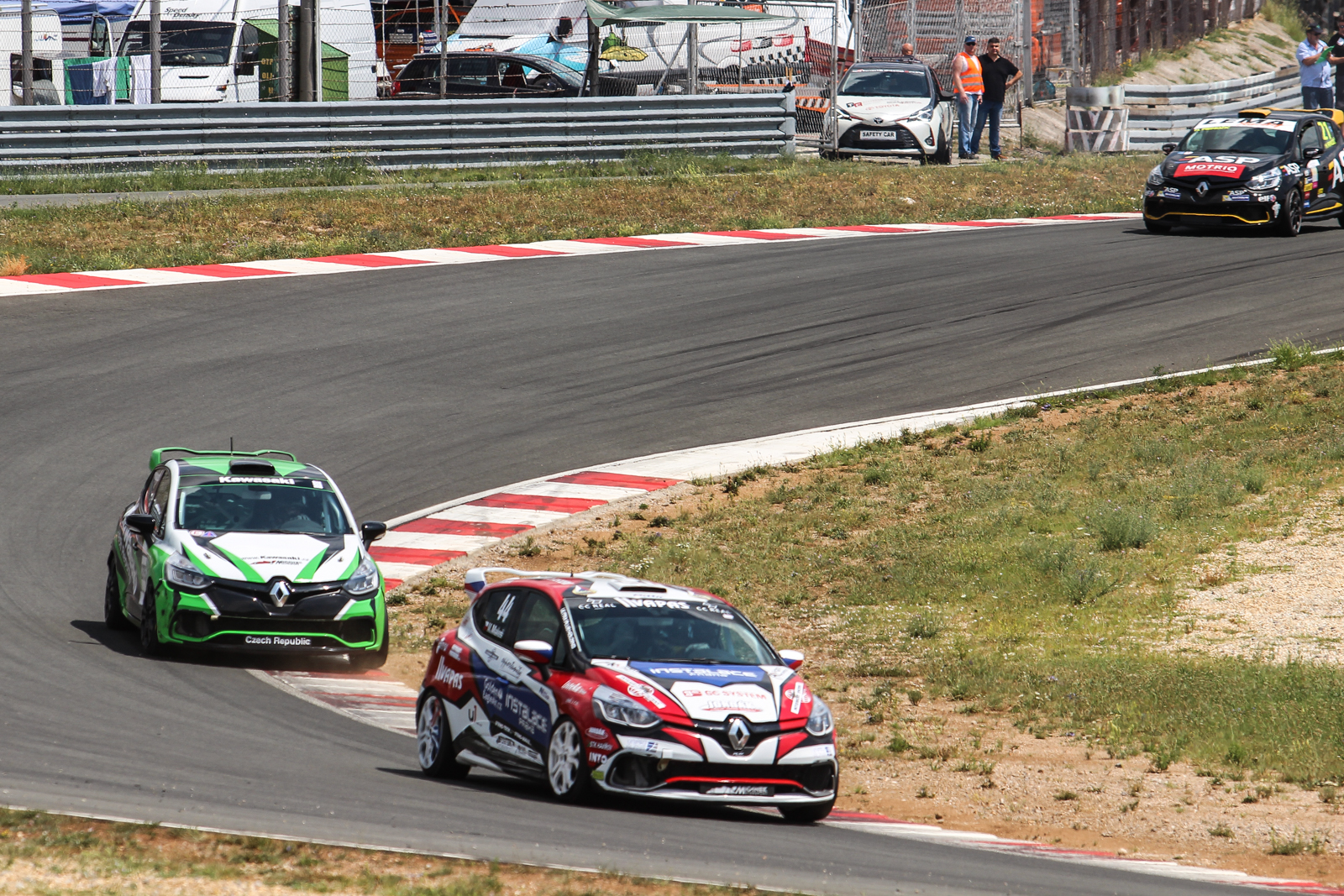 Michal Makeš acts with hundred percent success in the Clio Cup so far. Even the unsuccessful start to the first race at Grobnik did not prevent him from working his way to the lead in a couple of laps and finishing with the win of the fifth cup in the season.

The first row in the starting grid was occupied by team mates of Mičánek Motorsport Michal Makeš and Petr Majer, followed in the second row by Levente Losonczy and Zoran Poglajen. Makeš suffered loss of the first gear after the red lights off and dropped to the fifth rank. The lead was taken by Poglajen starting from the fourth position, followed by Majer. The fierce struggle among these pilots was finally best managed by Majer, but he was still far from complete success.

Makeš´s drop off the podium ranks was not the end of hopes for him. The leader of the interim ranking did not wait for anything and worked his way forward uncompromisingly. In the third lap be overtook Poglajen and settled in the second rank, determined to catch up with the leading Majer.

Soon afterwards the team mates circled in a tight tandem and in a while the audience could see Makeš´s Clio in the lead of the race. According to the scenario applied in the previous races Makeš was expected to set a tempo his rivals would not be able to cope with. And this was indeed the case, with a single exception – Petr Majer drive stuck to the rear bumpers of his team mate and the two of them were achieving identical lap times. They struggled together for each meter of the circuit and Makeš was the final winner of their duel, with less-than-four-second advantage over the finally second-ranking Majer. The third rank belonged to Miha Primozich, the fourth to Szymon Ladniak and the top five was closed by Zoran Poglajen.

The race also included the Cruze Cup, featuring the returning former champion Wolfgang Kriegl. His extensive experience with the cup Chevrolet was proved by his best lap time in the time practice and the dominant performance in the race itself. He passed under the chequered banner with an advantage of nearly nine seconds before Dennis Bröker and another ten seconds before the third ranking Marcus Zeiner.