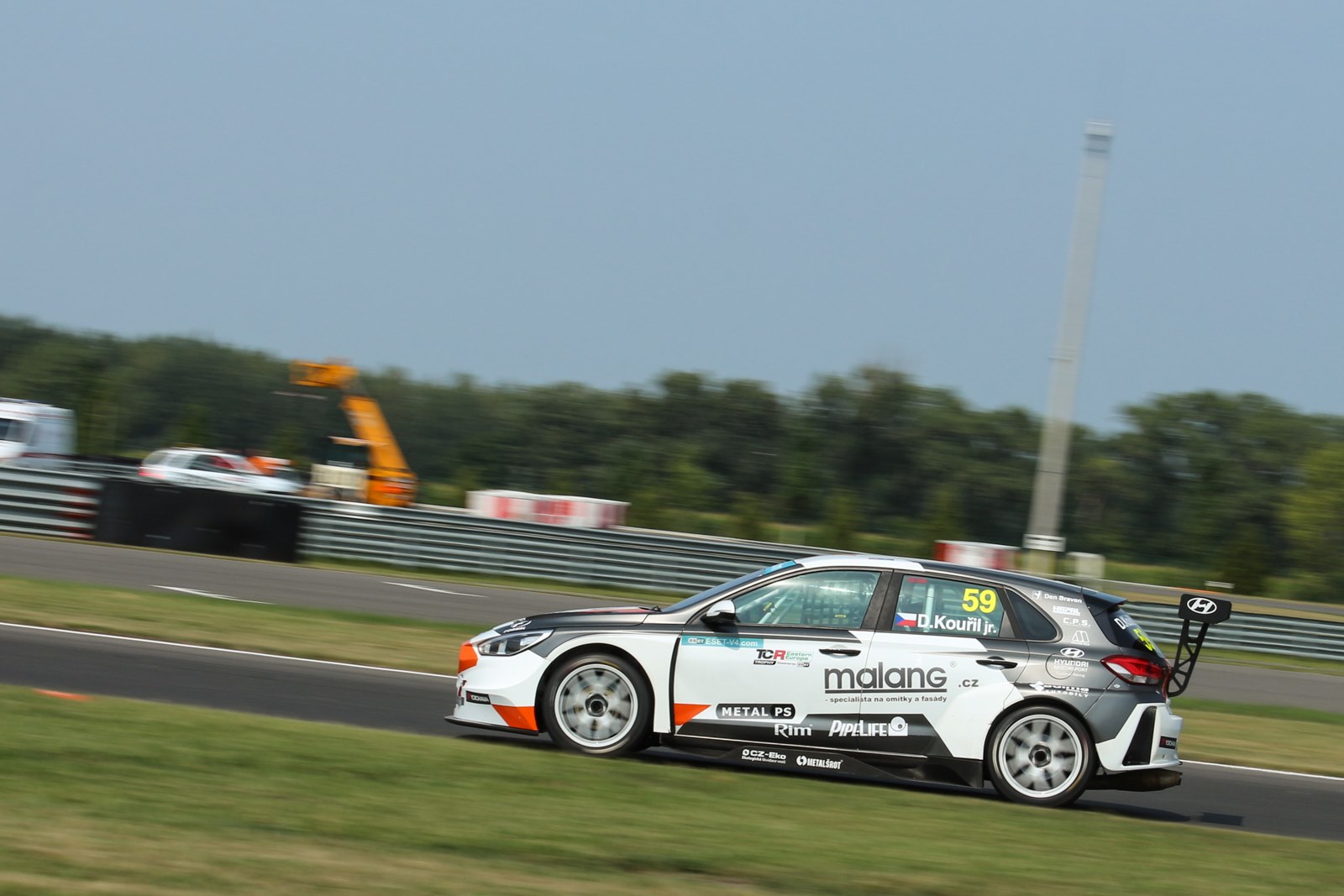 Dušan Kouřil jr. has won the 2nd TCR race and stopped Milovan Vesnič from dominating the weekend at Slovakia Ring. The Serbian driver had to settle for only the 2nd place ahead of Jáchym Galáš.

While Friday and Saturday offered hot weather at Slovakia Ring, it all looked differently on Sunday. Organisers had a bad surprise in the morning as the track was completely soaked with water after heavy rain in the night. Due to the bad conditions, all planned qualifying sessions had to be cancelled and starting grids for Sunday races were determined by qualifying results from the previous day.

In the TCR that meant another pole position for Milovan Vesnič, who already dominated free practice session, Saturday‘s qualifying and then the 1st race. Now he had a chance to make it complete.

However, fate had different plans for the Serbian. He lost the lead right after the start, thanks to a perfect reaction by Martin Ryba, who moved into the lead, supported by applauding Slovak fans.

But he did not stay there for long. Dušan Kouřil jr. showed an even better pace and soon managed to move from 4th to 3rd place and quickly began to catch up with the leading duo Ryba – Vesnič.

While the Czech driver got ahead Saturday‘s winner already in the 2nd lap of the race, it took him one more lap to get ahead of a Brutal Fish driver. But after that, he could just control the pace until the finish line.

“It was a difficult race. We had to fight from the beginning to the end. And the last 100 metres were really difficult. It wasn’t until there that I realised I can really win this. I enjoyed battles with both Hondas. With Martin Ryba, it was kind of a now-or-never situation. If I didn’t go through with it, others would have started to catch up and that could be very difficult. It was a dramatic and exciting race and I’m happy to win it,” said Kouřil after the race.

Despite Kouřil was able to control the gap, Ryba had to keep an eye on his rear mirrors. He got quickly under pressure and soon lost his position to Jáchym Galáš and Milovan Vesnič. The Serbian driver pushed hard as he even dropped out of the podium position for a while.

However, the Serbian driver later managed to get ahead of Ryba and even Galáš, so he at least finished in 2nd position, while Galáš crossed the line in 3rd place.

It was not a good end for Martin Ryba. First, he dropped behind Petr Čížek to 5th place before having to retire in the final laps with a puncture, just like yesterday.