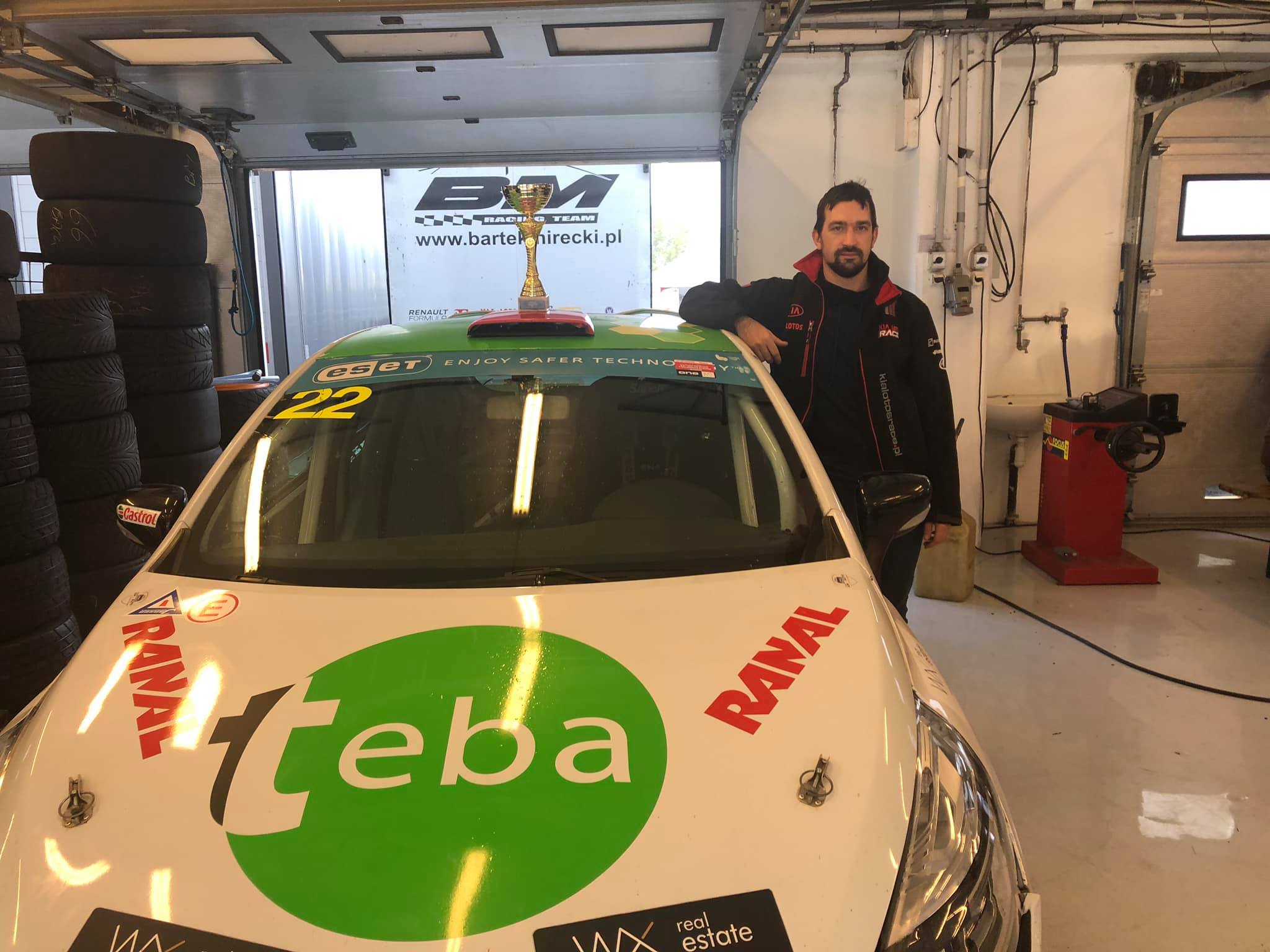 I recommend this championship to every racing fan, said Wysmyk

Pawel Wysmyk finished third in the overall standings of 2020 Clio Cup season. How does he evaluate his last year? You can learn that and much more from our interview.

Pawel, you finished 3rd in overall standings of Clio Cup in 2020 season. You won Race 1 at Hungaroring and you was the only driver who was able to defeat the dominant driver Tomáš Pekař. How are you happy with 2020 season?

2020 was my first full-season appearance in ESET Cup and I’m very satisfied with it, especially after managing to score a win at Hungaroring. I have been racing with Tomáš since 2018 and he is an extremely talented driver. I have a lot of respect for him. Therefore, I’m very happy I was able to beat him in one of the races. However, I expected to secure 2nd position in the overall standings.

What does attract you to Clio Cup category in ESET Cup? What is the best on this ESET Cup category according to you?

I have been racing in Clio Cup Central Europe from 2018 to 2019 and I chose to join ESET Cup series in 2020 for two reasons. First, it is more focused on Central European countries and circuits than the other series. Secondly, I find the weekend structure and regulations to be more familiar in the ESET Cup.

As I already mentioned, Tomáš Pekař was dominant in 2020 season of Clio Cup category in ESET Cup. He won seven races from eight. What did make that big gap between him and other drivers according to you? What is the main reason that he was so dominant according to you?

Tomáš has been driving the race version of Clio IV and he has more than 10 years of experience in driving front-wheel racing cars. I have seen multiple onboard records from his car and he is just on a different level, when it comes to experience, driving technique and self-control behind the wheel. He is as fast as reliable, which makes a winning combination.

How do you evaluate Tomáš as a driver and as a human?

Tomáš is not only a great driver, but also a great human. You can approach him anytime and he will always find time to talk to you or give you a smile when you pass by him. Therefore, we were all worried about him at the paddock, when he crashed his TCR car during practice session at Hungaroring. Luckily, he managed to get out safely from the car.

Will we see you during 2021 ESET Cup season in Clio Cup category again? And if so, will you race for BM Racing Team again? Or do you have some other racing plans?

I have been a part of BM Racing Team since 2015 and they are like a family to me, so I’ll always racing with them. However, we are planning to participate with the whole team in the Polish National Rallycross Championship for this season. Last year, we participated in both ESET Cup series as well as Rallycross series, but we want to focus on the latter one this season. I might eventually join a race or two in Clio Cup on some of the ESET Cup events.

ESET Cup will return to Poznan, Poland this year. Will you race there? And if so, how are you looking forward to this round?

Despite I’m not planning to the whole season of ESET Cup this year, definately I’ll be interested to join for the round in Poznan. Clio Cup Central Europe has also done their first race of the last season in Poznan and I was there as well. I will always take part in Clio races in Poland, whenever there is an opportunity.

Why should motorsport fans follow the 2021 ESET Cup season according to you? What will be the most attractive things on the 2021 season?

ESET Cup gathers a very interesting mix of touring cars and open-wheel categories during one racing weekend. There are some of the best drivers in the Central European region racing, so in many of the races is an action that pays to follow closely. And ESET Cup has had live streams from most of the races with great commentary, therefore I recommend to every sport fan and especially racing fans to watch it and come to the races during the weekends.