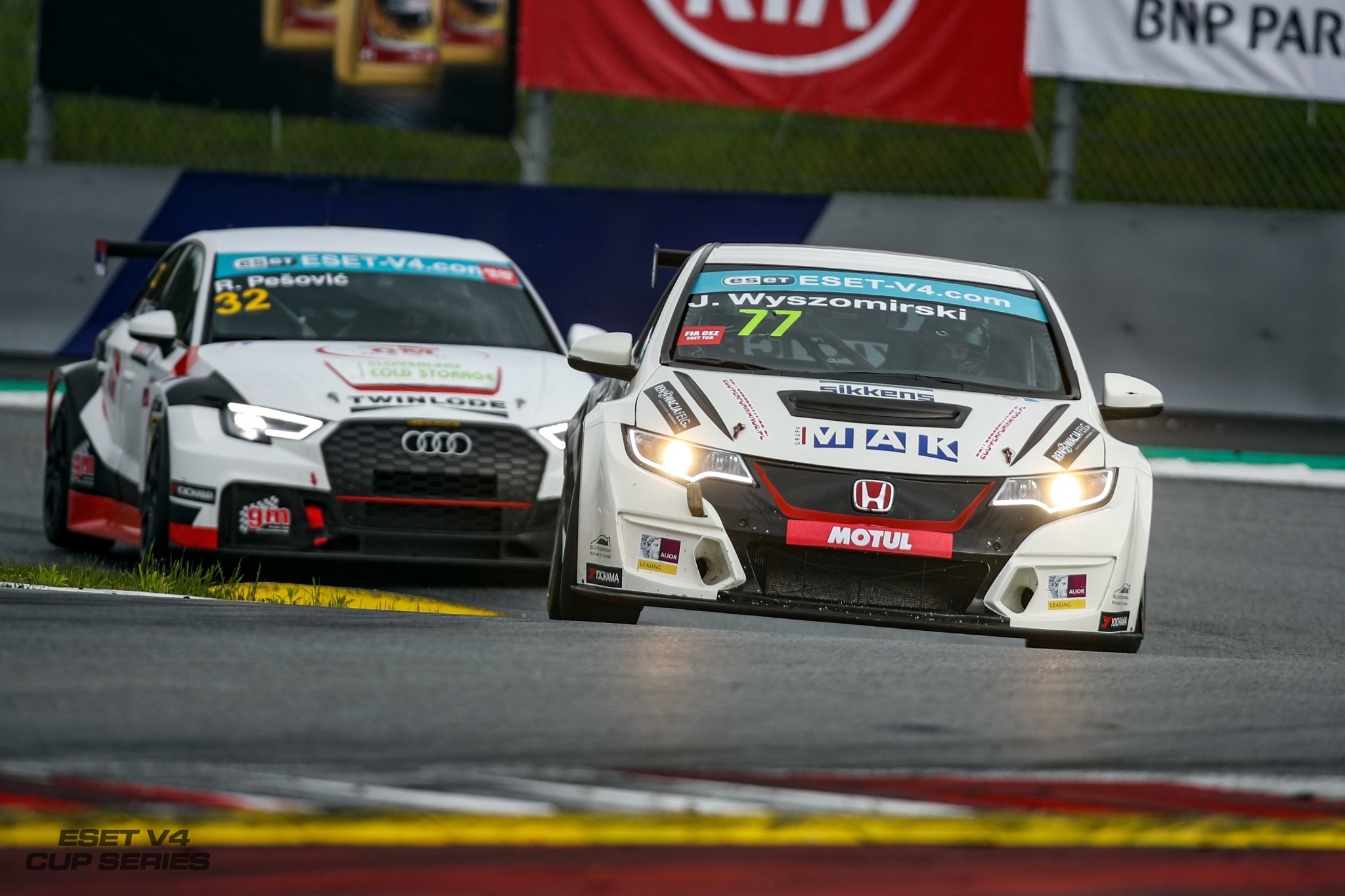 Every point counts – how is the current championship standings in the ESET V4 Cup?

The first two races of the ESET V4 Cup season are done, but there are still four more weekends ahead – in Grobnik, Slovakia Ring, Brno and Hungaroring. So how does it look like in the championship standings right now?

It is very close in the Sprint GT3 category. Richard Chlad jr. is currently leading the championship after winning in Hungaroring and then taking 2nd place in two other races. He also enjoyed a bit of help from Olimp Racing as the Polish team used two different drivers – while in Hungaroring, they had last year‘s champion Marcin Jedlinski, at Red Bull Ring his seat was taken by Mateusz Lisowski.

Samuel Sládečka is dominating the GTC category. He won every single race so far and nobody in other Lamborghini Huracán cup cars has been able to beat him. In three out of four races, Bronislav Formánek of Mičánek Motorsport finished in 2nd place.

Another two drivers enjoy a very similar story to Sládečka. One of them is Mark Jedloczy from TC-3000 category. The Hungarian rookie dominated his home race in SEAT Cupra car and then added another win at Red Bull Ring. In Clio Cup, Michal Makeš managed to do exactly the same, continuing in his dominating form from last season.

In the ESET TCR, it is all about Milovan Vesnič, who took two victories in four races and is currently enjoying a 10-point lead over his teammate Jakub Wyszomirski.

Mark Škulj is proving his speed in the Twingo Cup, which is a highly competitive cup championship. He won three races.

Tom Beckhäuser is the current star of Formula 3. The Czech driver won three races and is currently a championship leader. The whole single-seaters scene is dominated by juniors, including the F4 (Stefan Fürtbauer) and Formula Renault (Róbert Hefler) categories.

Richard Chlad jr. is also enjoying the overall first position in the Endurance championship, as a leader of the GT3 category, while Filip Sládečka is 1st in the GTC category. Both drivers won both races in their categories. In the sportscars it is also all about the favourites, while 3500 class is still wide open – Gábor Kismarty-Lechner and Csaba Tóth won the first race, while Jáchym Galáš managed to take a victory in the second race. However, the Hungarian duo has a 5-point lead right now.