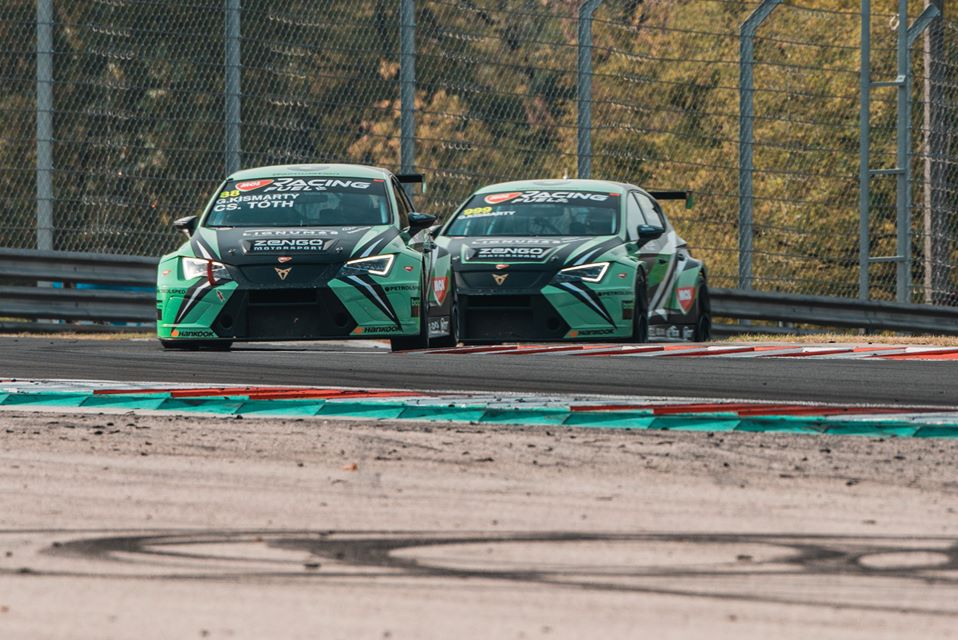 ESET V4 Cup to be represented in Dubai 24H

The ESET V4 Cup will be represented in this year’s Dubai 24 Hour race thanks to Zengő Motorsport team.

While the opening round of the ESET V4 Cup 2020 season is not planned until April, one familiar name is going to return to a race track much sooner. The Zengő Motorsport fans will be delighted to see the green and black cars back in action this weekend already.

This team is known for participating in the Sprint and Endurance races of TC-3500 category, but they are also a regular entrant for the 24-hour race in Dubai for 6 times, where they are going to make their 7th appearance this year. In the 15th edition of the race, the Hungarian team will enter the TCR category with a Cupra car.

And the ESET V4 Cup fans will be given even more reasons to follow the endurance event, as the Zengő Motorsport team has signed some well-known names. Gábor Kismarty-Lechner and Csaba Tóth are some of the most popular drivers of the series and also TC-3500 Endurance champions from 2018. Last year, they finished 2nd in the standings, with Kismary-Lechner becoming the Sprint champion in the same category.

They will be joined in the car by the team principal Zoltán Zengő and Tamás Horváth. Both drivers also have some ESET V4 Cup experience as they raced in the Endurance race at Hungaroring in the opening round of the 2019 season. Zengő and Horváth finished 2nd in the TC-3500 category, just behind Kismarty-Lechner and Tóth.

The Zengő Motorsport team will face 15 other entrants in their category at Dubai 24H, including the KCMG team that raced in the FIA WTCR series last year.