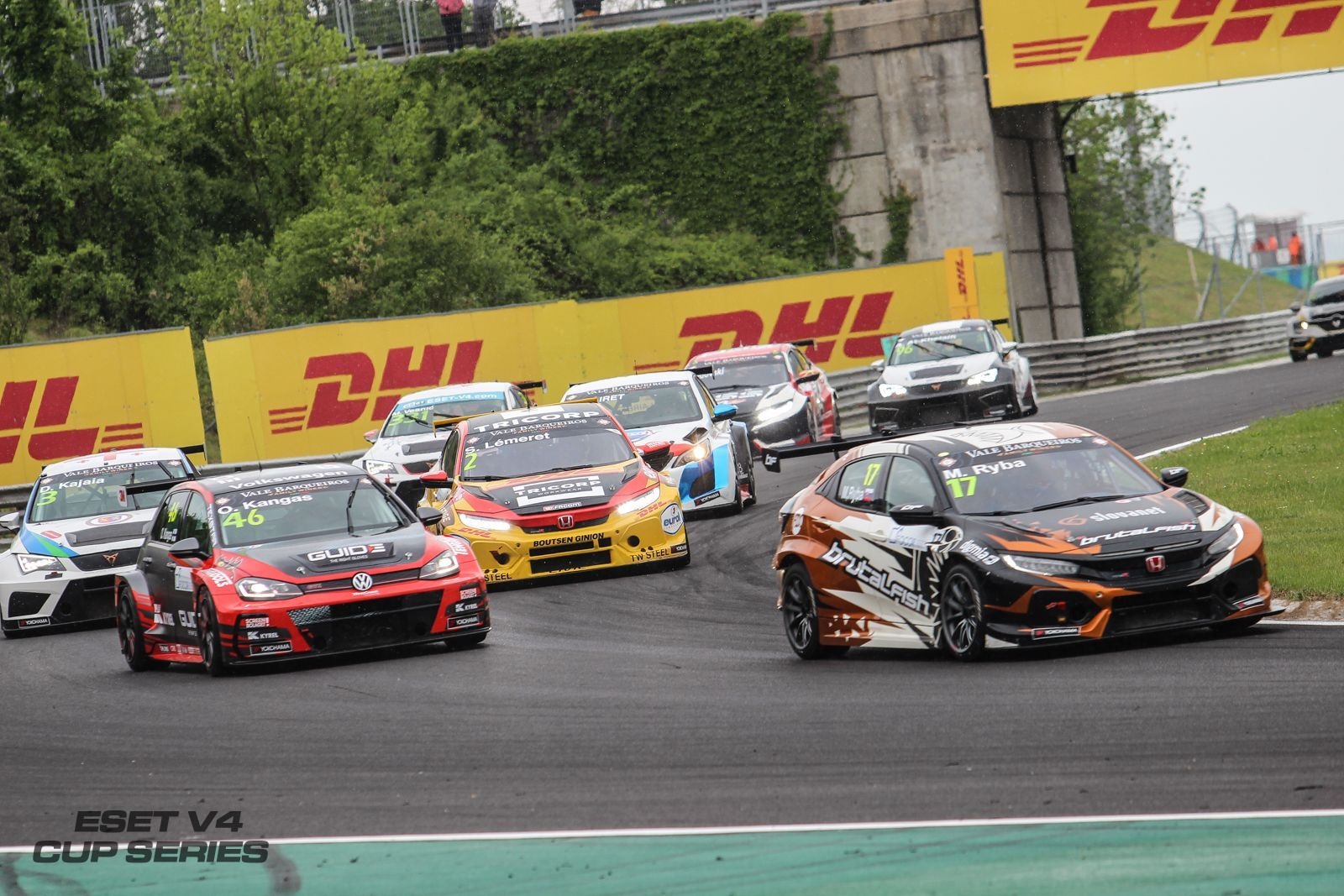 ESET TCR at the foot of Alps

This weekend, the ESET V4 Cup series returns to a popular venue at Red Bull Ring. The Austrian circuit, which lies at the foot of the Alps, will also host another round of the ESET TCR series. This popular category promises some new faces and amazing battles on this very fast track.

The opening round of the ESET TCR series at Hungaroring went very well for Milovan Vesnič, who finished 1st and 2nd in two races. He leads the championship now ahead of Martin Ryba. However, the Slovak driver is going to skip the Austrian round as he wants to prepare for a race at Hockenheimring, but it does not mean that Vesnič is going to have an easy weekend.

There will be some fresh faces joining the grid who can change the balance. One of the biggest additions is BESAGROUP Vukovic Motorsport team with two Renault Megane TCR cars, driven by Franj Kovac and Tomáš Pekař, who is also a big favourite to win.

Another potential candidate to win is Dušan Kouřil, who missed the opening round at Hungaroring. A former kart racer will get behind the wheel of Hyundai i30 N TCR, adding another manufacturer to the mix. In the end, there will be 12 cars of 6 manufacturers racing at Red Bull Ring. While Team Unicorse worked hard to bring Alfa Romeo Giuliettas to Austria as well, the team faced some delays and now hopes to debut in the third3rd round of the season at Grobnik, Croatia.

Red Bull Ring is going to offer 12 drivers, including a championship leader Milovan Vesnič with SEAT Cupra TCR. Carol Wittke, Petr Čížek and Zarko Knego will race SEAT Cupra as well. Jáchym Galáš heads to Austria with Volkswagen Golf TCR and Jakub Wyszomirski with Honda Civic Type R TCR. There will be also two Audi RS3 LMS TCR cars thanks to Rudi Pesovič and Radim Adámek. As mentioned before, they will be joined by two new Renault Megane cars thanks to BESAGROUP Vukovic Motorsport.

The first race of the weekend starts on Saturday at 13:10, while the second one will go underway on Sunday afternoon at 16:15. The weather forecast is unclear at the moment and there is a risk of potential rain showers.