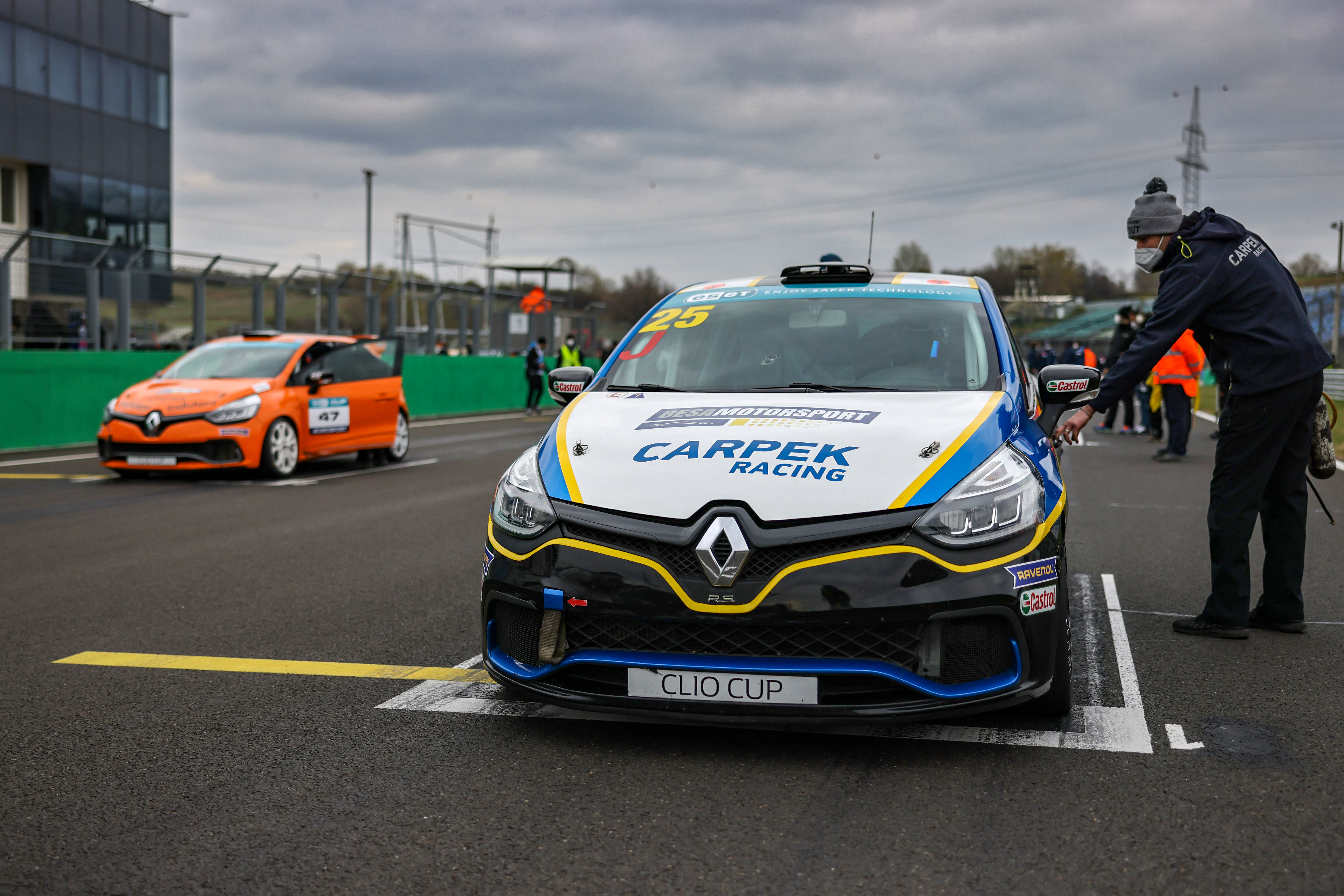 On Saturday, the ESET V4 Cup racing continues at Hungaroring. First, it was time for the Clio Cup series to start the second race of the weekend and it provided an attractive battle for the top three places. In the end, it was Filip Sandström who took his second victory of the weekend.

Erik Bertilsson and Levente Losonczy started from the front row, ahead of Friday’s winner Filip Sandström and Mark Mramor.

And it was the pole-sitter Bertilsson who had the best start and showed a perfect sprint run to the first corner. This year’s Clio Cup series rookie built a small gap, but after a while, he was already under attack by his teammate, also a rookie, Sandström. In Lap 2, yesterday’s winner set the fastest lap of the race and then overtook Bertilsson with a beautiful pass into the first corner.

However, Sandström did not have it easy. Bertilsson’s orange Clio kept appearing in his mirrors, closely followed by a home driver Levente Losonczy. All three drivers stayed within a second, and every single mistake or troubles with lapped cars could have had a massive impact on this race at Hungaroring.

Losonczy and Bertilsson fought a tough battle and swapped their positions shortly after. That helped Sandström who built a gap. Losonczy then used traffic of lapped cars to run away from Bertilsson, and that decided the race.

Filip Sandström from Carpek Racing team celebrated his second victory in two races, and he also added one pole position and two fastest laps at Hungaroring. Leven Losonczy from Z.S.P Motorsport was also happy, as he finished 2nd in his home race, ahead of Erik Bertilsson from Carpek Racing.  Miha Primožič crossed the finish line in 4th place ahead of Richard Maixner, Sandi Jeram, Valter Nežic, Igor Tomljanovic, Ivan Gustin and Mark Mramor in 10th position, who is racing with ESET Race Star support.