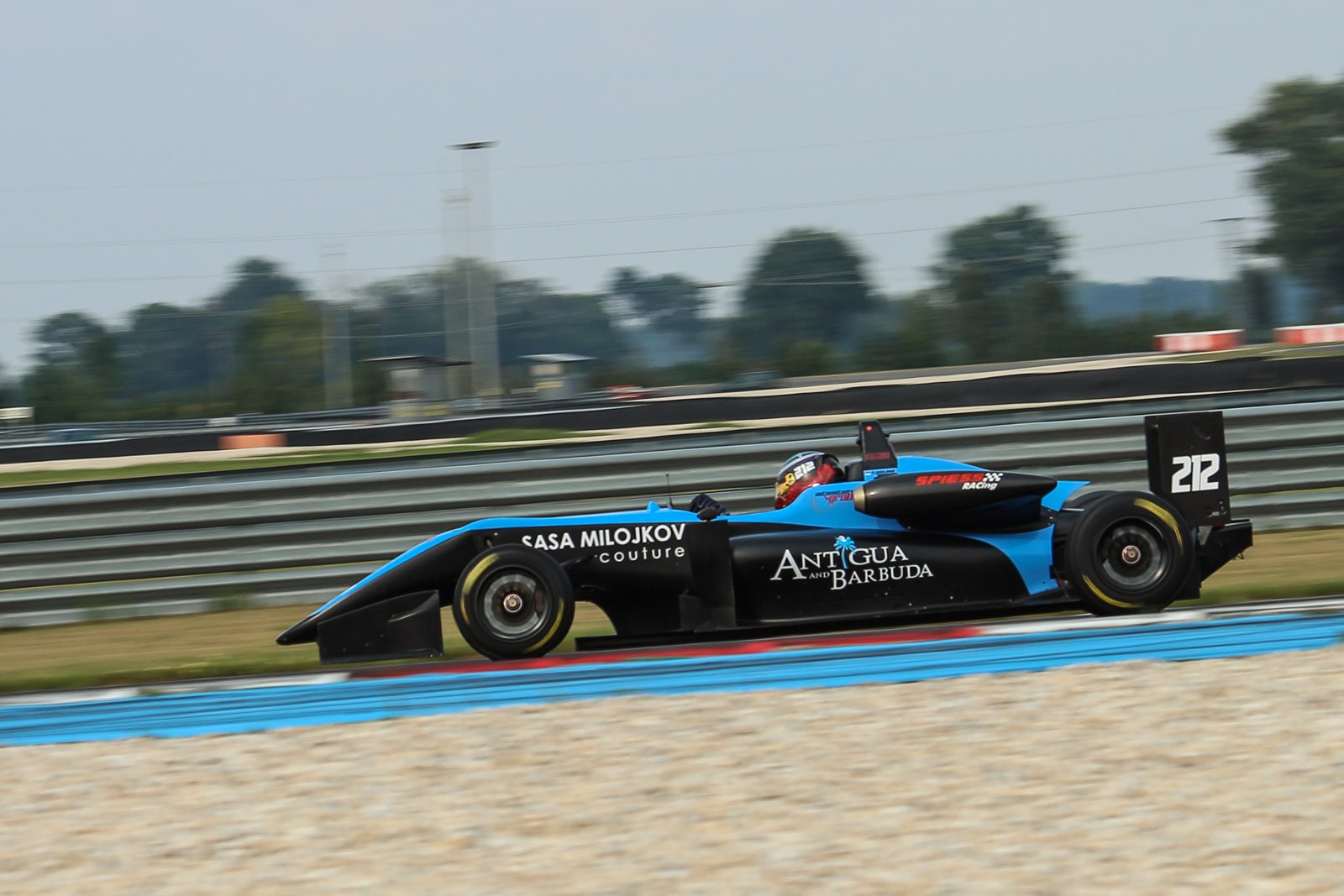 Just like the day before, Paolo Brajnik dominated the single-seaters race at Slovakia Ring. He crossed the line in the 1st place ahead of János Magyar and Tom Beckhäuser, who took a victory in the F3 category. Nico Gruber won in Formula Renault, while Stefan Furbauer was victorious in F4 category.

Those who watched single-seaters at Slovakia Ring on both days might have felt a bit deja vu on Sunday as Paolo Brajnik dominated today‘s race in the same fashion as the day before.

And even the podium has mostly stayed the same as well, but Tom Beckhäuser had to settle for 3rd place overall instead of 2nd as he finished behind János Magyar today. Magyar had a great pace in his E2-2000 car today as he even managed to catch up with Brajnik in the final stages of the race.

While Beckhäuser had to settle for the 3rd place in overall standings this time, he still could celebrate a victory in the F3 category.

„Just like at Grobnik, I had an advantage over my competitors here and I finished a couple of seconds ahead of my nearest competition. This track suits me well and I‘ve enjoyed both races,” said Beckhäuser.

The F3 category offered exactly the same podium as yesterday with Andrea Cola finishing in 2nd place ahead of another Italian Luca Iannacone.

It was also the same podium in the Formula Renault category, with Nico Gruber taking his 2nd win of the weekend ahead of Bartolomiej Mirecki and Robert Hefler.

Stefan Furtbauer then took an easy win in the F4 category as Patrick Schober did not participate this time.